History of SFS in the UK 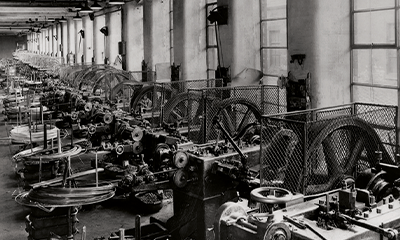 The company's formation originated in the United States when two American screw manufacturers, The Eagle Screw Company of Bay State, founded in 1838 and The New England Screw Company, founded in 1841, amalgamated in 1860 to form the American Screw Company. Under the leadership of Mr William Gorham Angell, the company purchased innovative patents and threading machinery which helped invent the gimlet pointed woodscrew. The patents showed how cold heading, turning and slotting could become fully automatic. The new machinery significantly improved the threading process, used more cost-effective raw materials and gave the company significant advantages over its competitors. The company was very successful and exported its products across the world. 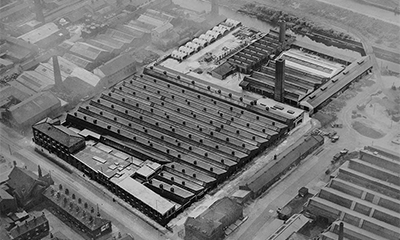 In1891, the company began trading as The British Screw Company Limited from a warehouse in Liverpool and then founded its 6,040m2 manufacturing site on Kirkstall Road, Leeds. At this time, America was in a severe recession and so all the machinery from one mill was dismantled and shipped to Leeds on 204 railway flat cars. The machinery was set up and a local workforce trained. 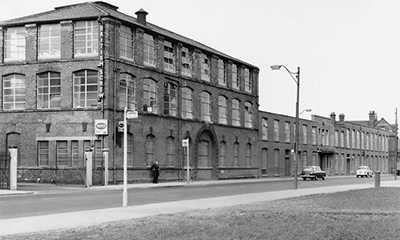 The Leeds factory was considered very modern and well equipped for an English factory with so many windows that it was known locally as the 'Mill of Glass'. A key design of the factory and machinery layout was the safety of the workforce as every working wheel and belt was kept upon the floor. It was the first factory in Leeds to have flushing toilets for all personnel and the first to be lighted entirely by electricity with 45 arc lamps and 500 incandescent lamps. There was heating and ventilation which provided unheard of luxury for a factory at that time. All screw making machinery was driven by a compound triple expansion steam engine with coal boilers fed by automatic stokers. A separate canteen building was also provided - something that only the great industrial Quaker families, such as Cadbury and Rowntree, provided in that era. 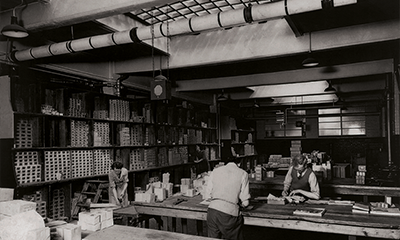 The Start of The British Screw Company

The first products manufactured in Leeds were woodscrews, engineers screws, rivets and a range of hooks and eyes. About 150 people were employed and about 4.4 million pieces of all product types were produced each week. 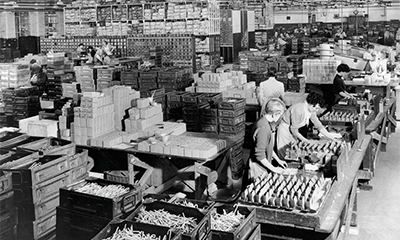 Over the following 50 years, output at the Leeds site expanded steadily and various improvements were undertaken to the works. A major fire in 1948 destroyed the entire wood screw mill but instead of being a setback, it gave the company a new start. The site was extended by the purchase of additional adjacent land and a new single story factory was built with the latest machines. The company continued with much the same product range albeit with moulded polythene sealing washers for use with Drive screws, hook bolts and roofing bolts, but was then switched to in-house moulding using PVC. In the 1960s and 1970s, GKN restructured and rationalised its manufacturing capabilities, transfering some production to the Midlands.
The Leeds site continued to develop its export markets, increase sales in roofing fasteners and plastic accessories and pioneered the development of new products that gave considerable cost and quality advantages over competitors products. Further product development was progressed with hexagon screws with plastic coated heads, self-tapping screws sold as plastic headed 'Sela screws' and the first 12 mm penetration drill screws. Over 500 employees worked at the site, with exports to over 100 countries and a product range of fasteners focused on the building industry and sold under the brand name of Sela®.

As GKN continued to rationalise and focus on its core businesses, the British Screw Company Limited at Leeds was sold to SFS Stadler in 1984. It proved an excellent fit as SFS Stadler had established a reputation as the leading problem solver for roofing and cladding fastenings, offering comprehensive services backed by the most advanced research and development facilities available for fastener manufacture.